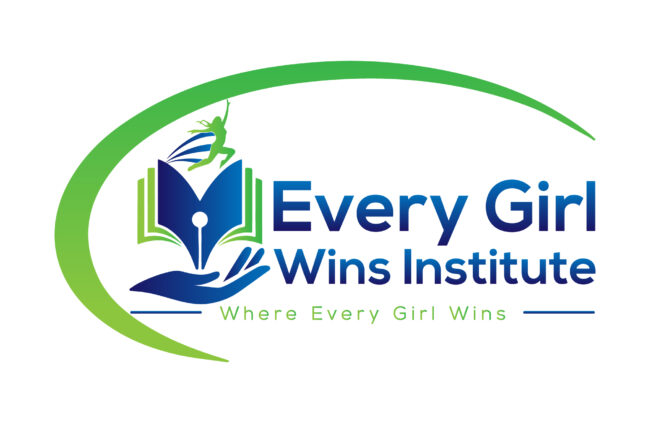 Where Every Girl Wins 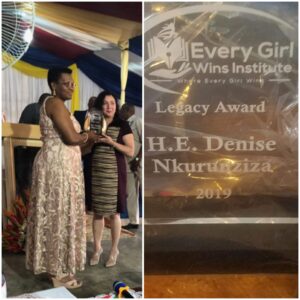 The Legacy Award recognizes one deserving woman each year who is leaving a legacy by leaving a positive impact for women and children around the world.

She supports hospitals and their programs, comforts patients and supplies to their several needs without forgetting the protection of the environment, the promotion of mother-child health through family planning and birth spacing in partnership with the United Nations’ Fund for the Population – UNFPA in Burundi.

To effectively render help to the orphans, widows, the elderly, returnees, the disabled and the poor, Her Excellency Mrs. Denise NKURUNZIZA resolved to establish BUNTU Foundation, a philanthropic organisation named after her nickname “BUNTU – which means GRACE, HUMANITY and DIGNITY-” in November 2005. Since 2005, the integrity of the First Lady of Burundi has considerably contributed to the restoration and strengthening of the diplomatic relations between Burundi and the International Community.

Rev. Denise NKURUNZIZA is also a student who likes to educate others. She sent 27 orphans (19 young ladies and 8 Young men) to pursue their university studies (some in MBA and others doing BA programs) in India while helping many others to pursue their university in Burundi. In addition to that, 88 orphans are doing their second year in Tailoring and 51 in Hospitality Management at BUNTU Professional Training Centre of Buye.

In consideration of the vision of Her Excellency Mrs. Denise BUCUMI NKURUNZIZA, her main objective is to ensure all the younger generations are mobilized and equipped for the service of their nation and Creator for the wellbeing of each and every citizen in Burundi particular, and the entire world in general.

Since the past informs the presents to prepare the future, it is in that logic that she resolved to publish her autobiographic book “the Power of Hope/la Force d’Espérer-in French” on 9th August 2013 to prepare the younger generations for quality service of their families, churches and nations.

The First Lady’s mentorship roles and achievements include: leading big campaigns throughout and outside Burundi, aimed at bringing women to be mothers of integrity who take care of their families and children by imparting civic education to them, as they embody the hope and future of Burundi. She does not forget to hold meetings with the youth during vacations entrusting them with strong vision for the future.